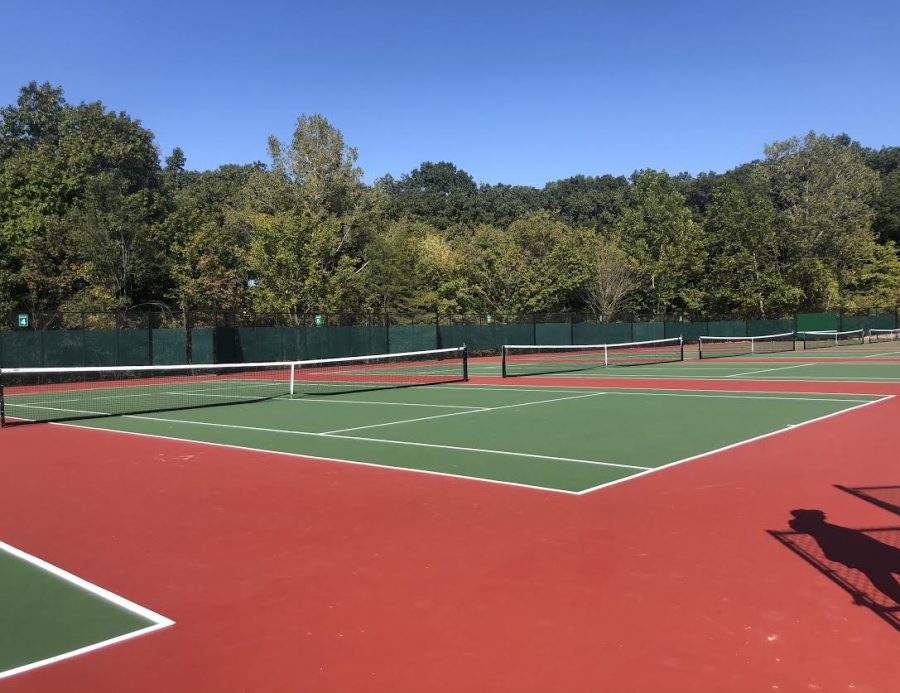 Starting Aug. 10, the new tennis courts, after months of renovating and over one million dollars spent, were finally open and ready to be used.

However, due to the girls tennis season being postponed, the girls waited two weeks before starting their season on brand new courts. Senior Amisha Condoor said that she could not wait to start playing tennis on the renovated courts.

“I was really excited that I would get to play on the new courts for my senior year. It was weird to adjust to how different the courts were, but it’s been really cool to have better courts that we can actually play on,” Condoor said.

Girls and boys tennis coach Kevi Harwood said that she thinks the new courts are beautiful.

“The backgrounds and all that kind of stuff is really nice and it is a softer court. It’s a giant improvement from what we had,” Harwood said.

Condoor said that the new courts don’t have any of the cracks that the old tennis courts used to have.

“Last year, varsity barely got to play on the courts and most of the matches were away due to how bad the conditions of the courts were, so these new courts are much nicer,” Condoor said.

Even though the courts are ready and being used for the girls tennis season, there is still a lot more renovation to occur. Harwood said that they are still waiting for a backboard, the electrical to be installed, and for the railing to be completed.

“The courts are playable at least. Once all the stuff comes in, we are ready to go. It would be nice if we could have some benches in between the courts, but these courts are very sensitive so you can’t put chairs on them. It will ruin the courts if you put a lot of things on them,” Harwood said.

The girls tennis team has already kicked off their season on the fresh new tennis courts by beating Oakville 5-4 on Sept. 17.